For this week’s guest blog post we are delighted to publish Bishop Laurie Green’s contribution sharing his memories and reflections of the earliest days of UTU. 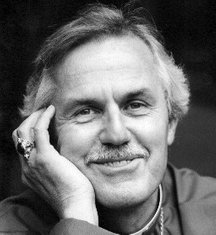 THE BEGINNINGS OF UTU

I was studying in the States in 1968 at New York Theological Seminary. It had recently been taken over by a very exciting group of radical theologians from Union Theological Seminary under the guiding hand of a charismatic urban theologian and practitioner, George “Bill” Webber. Bill keenly encouraged me to make contact on my return to the UK with a New Testament scholar who had been resident at the seminary the year before me – one John Vincent. On my return home I met John and there was an immediate connection – he was talking a language which brought the critical European analysis of biblical scholarship together with radical urban Kingdom action at pavement level. Like Bill Webber, John had a massive intellect, years of hands-on urban experience and a charisma that was going to get things done! As the man who introduced ‘Urban Theology’ to the British scene, he was to prove my mentor and friend for more than fifty years!

I next remember sitting in a Chinese restaurant in London while John explained to about a dozen invitees that he was in process of setting up a brave new project. It’s hard to imagine today just what an uphill struggle it was, given the staid and conservative thinking of the time. Theology was seen as a corpus of understanding to be imparted to laity through the good offices of the clergy; the urban was seen as somewhat alien to the rural Jesus; and the Bible was interpreted as largely a non-political text. John’s new project, UTU, offered something entirely different – challenging the church to think again at so many levels.

The nexus of projects and programmes which formed in the streets around the UTU study house in Sheffield welcomed and affirmed leadership from the communities and congregations of the area. Committed individuals and families made their homes in local streets, communities formed in the Ashram houses, and student seminars were buzzing with ideas and commitment. Participants were encouraged to write up their history and experience, to reflect theological on all that and as a consequence to set up acted parables – often small but highly symbolic, even sacramental, signs of the breaking in of the Kingdom. John was constantly on the road visiting the many satellite urban theology communities that were being spawned across the country, where local leaders, inspired by John’s work back in Sheffield, would take their communities through the UTU programmes of study and action development. John asked a few of us to gad around the country too in the same way, supporting the local UTU groupings that were springing up like wild-fire. It was brilliant!

And underpinning all this, sometimes frenetic, activity was the deepest conviction of all. As John Vincent wrote in our first edition of New City – knocked out on very smudgy Roneod paper, “In particular, we are an Urban Theology Unit. I see no great gain in merely lining up ordinands behind current sociological dogma or current social work preoccupations. Our job is to do a much more prophetic task – that of guessing at the shape of the city of God and man (sic.) tomorrow, and setting up a few “acted parables” for it, which will speak to the politicians, to the churches, and to ourselves…. to help us create sensitive new forms of the church, and new ways of doing theology, for now and the future.” Interdisciplinary programmes of real quality were developed and inspiring methodologies invented. Key staff held things together at the centre in Sheffield allowing John to be the Apostle of Urban Theology to the wider nation.

As I look back to those heady days when UTU was fast developing it’s hard to remember just what an uphill struggle it was, because although we still have a long way to travel, many of those early prophetic insights have now found their way into the minds and hearts of thinking Christians. There are many today who have come to understand theology as a dynamic interweaving of action and reflection, realised that the urban poor must teach the church what the gospel means, that the Kingdom is a radical adventure for the world at large and not the preserve of the church for a distant future, and that theology is a highly multi-disciplined endeavour. All these insights and so many more have energised UTU since its inception and through its influence many have been changed. We are however now witnessing the vigorous death throes of an old ecclesiology so there is still much for UTU to do as we continue to fight for the radical Jesus alternatives – so new UTU programmes for theological action/reflection need to be developed. Kingdom living has never been dull and it’s now asking us:  How will this prophetic movement flourish into the future?